*) That obviously means trekking in the NZ lingo

After about a week in New Zealand I was making my way towards one of the most popular destinations in the country, the Abel Tasman National Park, located on the North East corner the South Island. To get there I would first go to the town of Nelson, taking another early morning bus from Christchurch. It was one of the most annoying bus rides but I won’t get into that – it might have felt more annoying since I was very very very tired. But it was fun to be a party girl for a change that night before in Christchurch!

I arrived to Nelson later that afternoon, checked into my hostel and went out have a stroll in the city. There are nice cafés, restaurants and shops in the tree lined streets, a cathedral up on top of the hill – it’s all very clean and quaint. You can make some walks in the city, one of the most well-known ones is to the “Centre of New Zealand”, that’s where I went the next day.

I was feeling a bit flu-ish but it was a really sunny, beautiful autumn day so I thought a little walking around wouldn’t hurt me. The Centre of New Zealand is supposedly in some way the geographical centre of NZ, surprise surprise. I'm not sure in what way, it seems to be oddly conveniently located on the top of a hill. But it's a nice 20 minute walk up and you can see all around the city from there. You can also stroll in the botanical garden (there seems to be one in every single town) and a river that goes through Nelson has a scenic walkway along it. 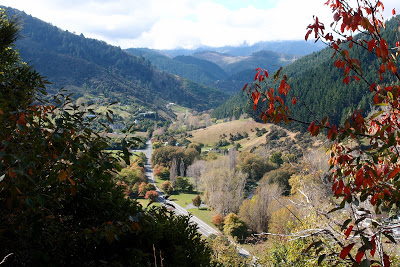 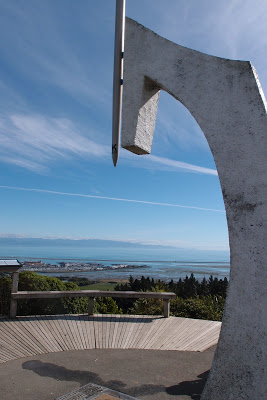 This is the center of New Zealand

The flu had taken most of my energies so I just decided to postpone everything for one day and just try to do as little as possible. I would have had lots of planning to do but things weren’t made the easiest with the lack of free wifi. This is the first world, right? Apparently free internet is not in the list in NZ. I found one place, the library, so I had to park myself there for quite a few hours. But it’s not like I would have had the energy to do anything else. 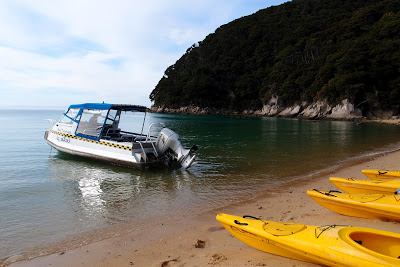 The main point of my visit to Nelson was to go to the Abel Tasman National Park. I decided to take an organised kayak trip for a change and go see some seals on the Tonga Island in the park’s marine reserve. It was a lovely warm day with a little clouds here and there. We first took the bus to Marahau village where we load into a water taxi along with our kayaks. We arrived to Onetahuti Bay, a nice sandy beach, where we got a small intro to kayaking and were quite fast in the water. I shared a kayak with our guide Tim so I was in good hands. 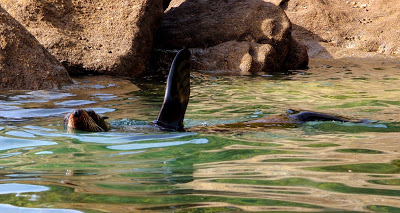 First we paddled to the Tonga island which was about 1 km off the beach. Right when we got there we started to see seals with their pups hanging out of the cliffs of the Island. The pups and their mums were so playful, jumping to the water to come greet us, they were so cute! The pups had really blank black eyes, it felt a bit odd to have them stare at us – odd and adorable. Tim the guide was challenging us to try to call out to the seals and have them call back. To make seal sounds you would basically make noises like you’re puking… not very pretty, but they did call back! We went all around the island: I was happy that the sea was very calm - we still had to work to keep the kayaks off the cliffs. 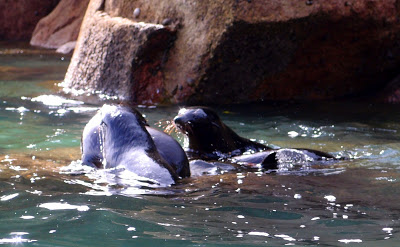 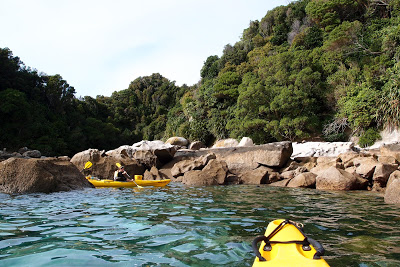 After that we paddled to Bark Bay where we would stop for a picnic lunch – it was fun to see our tour guide Tim prepare the lunch for us three girls. A couple of funny birds wanted to join our picnic but for the rest it was really peaceful there. Next we would walk about 7-8 km to Torrent Bay. We had plenty of time so we took all the possible detours and there were some good views of the bay along the way. I really enjoyed being out, it was a pretty leisurely walk in any case so what was left of my flu didn’t really bother me. The water was pretty cold when we walked in the shallow bay back to our water taxi but it was a lovely day and we had plenty of sun. 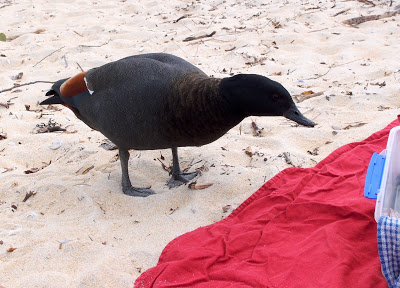 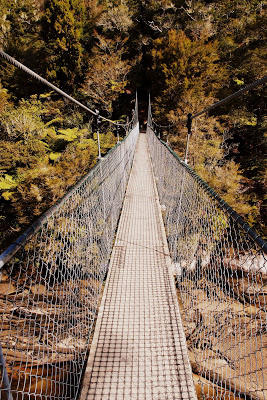 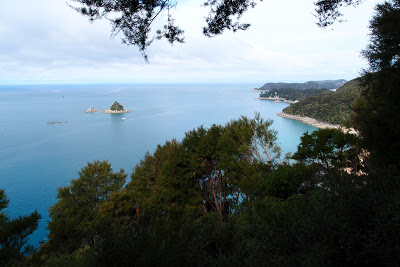 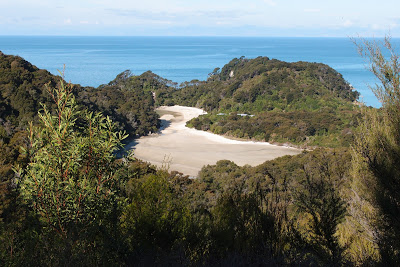 There are literally hundreds of ready-made tours with tens of operators to Abel Tasman from Nelson as well as from the other surrounding towns, starting from a bit under 100 NZ$. The tours include various amounts of walking/trekking or kayaking, with water taxi rides or even scenic flights. You can also just take a bus or a shuttle to Marahau and do some DYI-tramping or rent kayaks and I bet that during the summer it’s extremely popular since there’s lots of nice beaches and clear waters in the area. I got to enjoy the place now in the low season when it was very peaceful and was quite happy about that! Do note that some of the tours and rental companies in Marahau close for the winter in the start of May!

I liked my stay in Nelson - it's a pretty small town and makes for a nice visit just on its own. To get there you can fly in or take a bus (you can look for bus schedules e.g. with Intercity). On a side note, I heard there's a good salsa scene in Nelson so it's worth to asking around for the salsa parties when you're in town!