It was the warmest weekend of May when AfroLatin Flow arrived to Helsinki. Not just hot artists and sensual dance styles but also warm weathers, yay! Those three put together means we were in for a very steamy weekend! 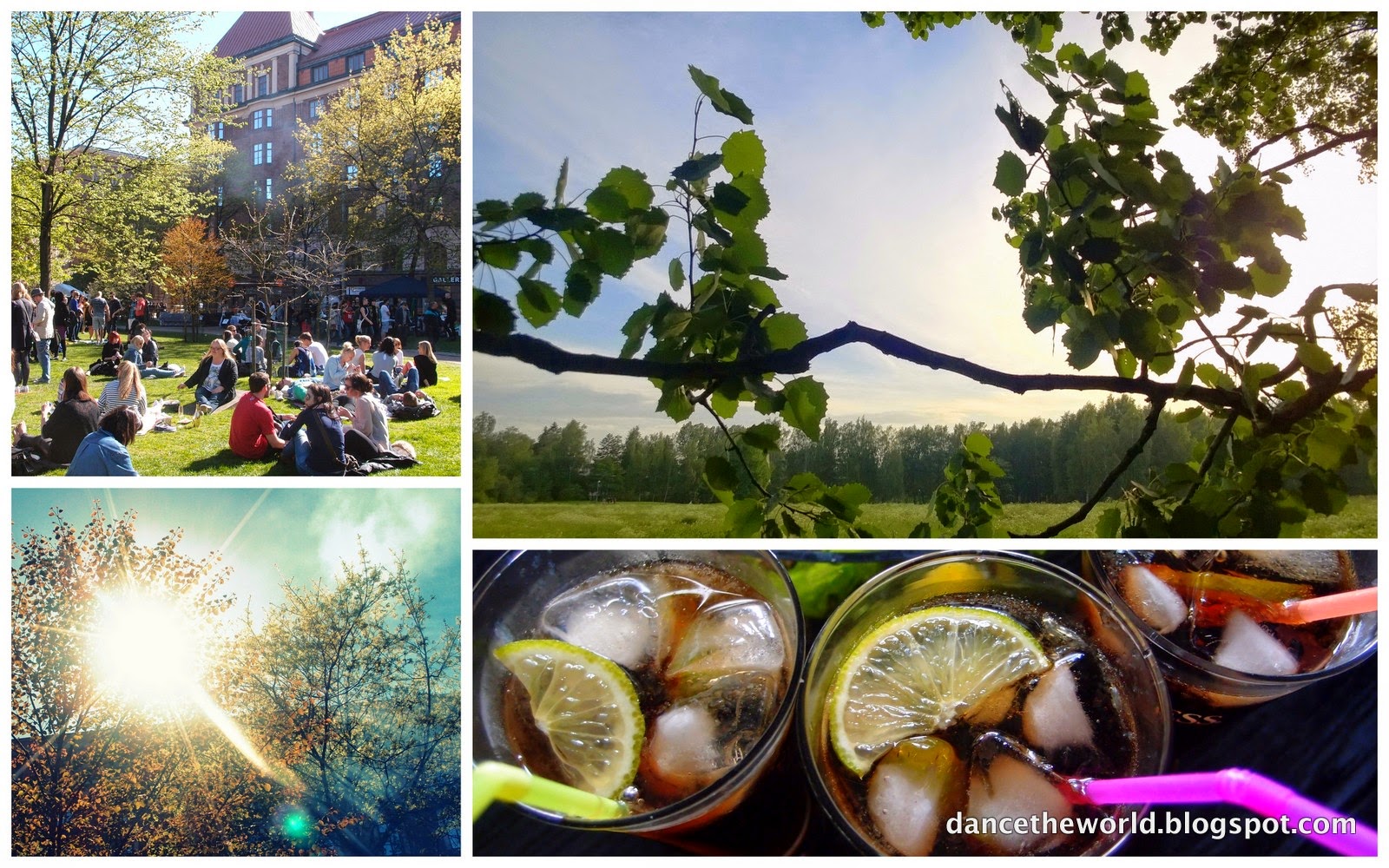 Helsinki in the end of May - yay!

AfroLatin Flow is a three-day festival for the kizomba, zouk and bachata dancers, organised by IDNZ. There were quite a number of talented artists involved:

From the line-up you could notice that the kizomba-semba-tarraxinha team was the biggest one! It certainly was the main style in the parties but in the workshop tracks you could spend pretty much the whole time doing just one style (kizomba, zouk or bachata) - but surely those that wanted to mix styles got the most out of this event!

I was "taking it easy" that weekend - which meant I only signed up for the five night party marathon, and skipped the workshops this time.

The workshops were held in four studios in Sörnäinen area of Helsinki. There were three locations - having workshops in separate locations is not the most convenient solution but all the studios were still all in the same block so not a long walk between. And with the nice 25+ C weathers you sure didn't freeze your toes between the classes! I like the area of Sörnäinen, where the workshops were held - it has a funky Helsinki "hip and industrial" vibe written all over it! I also heard a rumor that the focus this year was more on technique, less on figures - which I think would be a great are to focus any event on (take note here festival organisers! :)).

There were a full five nights of parties at festival: pre and after parties on Thursday and Monday, and the main festival nights from Friday to Sunday. On the festival nights there were two dance floors, with the main floor playing kizomba, semba and tarraxinha, and the smaller floor zouk and bachata with a couple of salsa tracks. 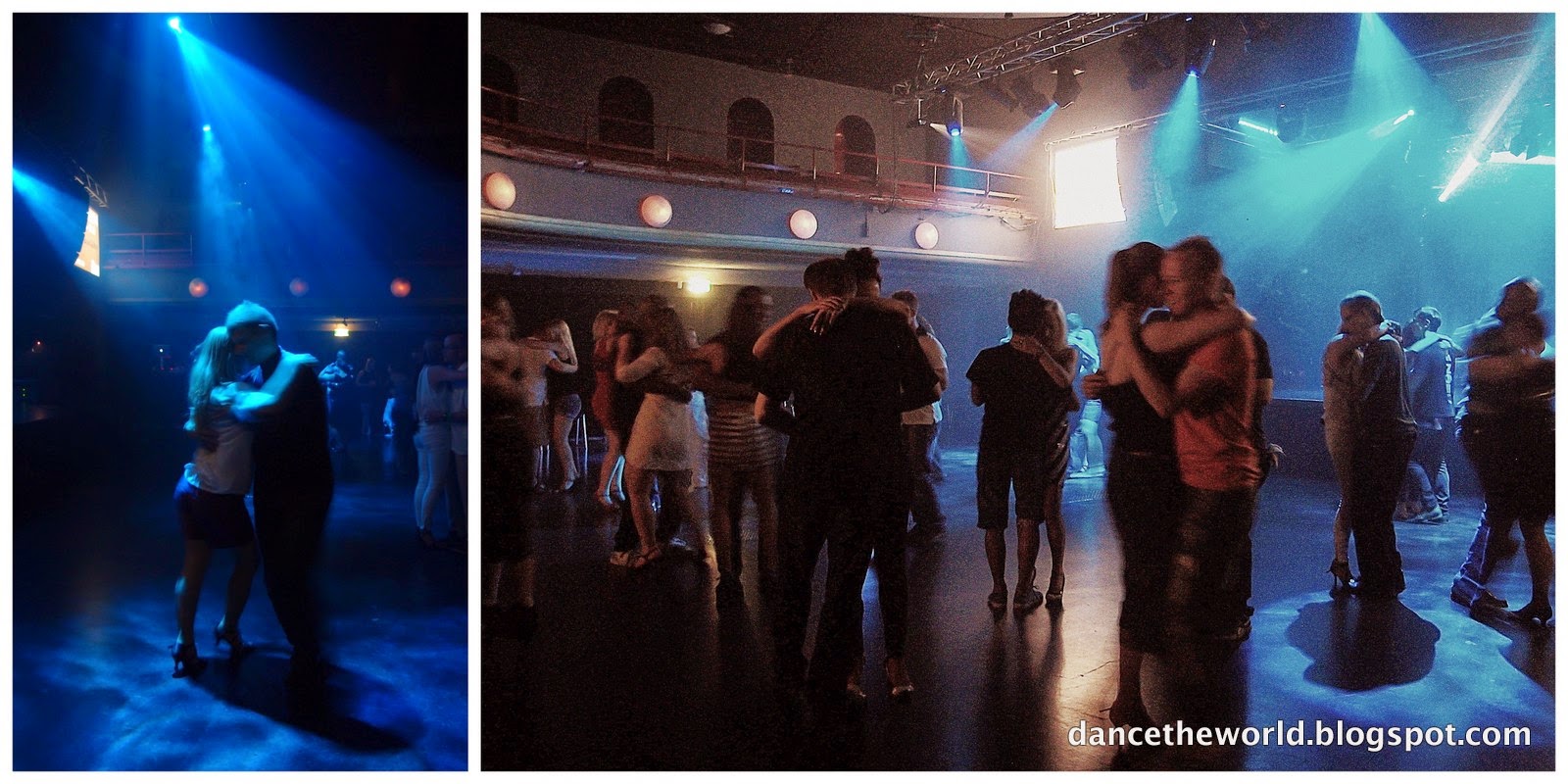 The main floor at Gloria

What I really liked about the festival parties

Warm 'friends & family type' of atmosphere. I could see the artists and the festival goers were well taken care of. Everybody was anticipating a fun weekend - and we certainly got it!

Stylish party venues. Teatteri Forum (on Friday) and Gloria (on Sat and Sun) are great for parties with the right mood, great lights and decor, high ceilings, good floor and high quality sound systems. It was hot, but so are the dances and so was the weather! :) The pre and the after parties were organised at Uggla - nice that they made sure there was enough nights planned out for us party animals!

A nice mix of people in the parties. The artists also spent a lot of time on the dance floor, making sure all the festival attendees got plenty of dances. Big thumbs up from me especially for Pasty, who is always one of those "the life of the party" kind of dancers!

Not too many shows. Even though I love the shows, the number was kept to a minimum, as were speaches (oh, this I loved, almost no speaches at all!). Despite all the fabulous shows, perhaps my favourite was the surprise dance the organisers Omar and Johanna gave on Sunday night - impeccable style and improvisation on the spot, everybody from the artists to the students was all smiles watching them flow on the stage.

This is the best time of the year to organise an event in Finland! Okay, you never know what the weather will be like any given day of the year in this country but this is a pretty good time: the summer is just starting, people are buzzing with energy, the grass and trees are super green, flowers blooming, 18 hours of sunlight... And yes, this year we were super lucky with the weather: sunshine and 20-25C! 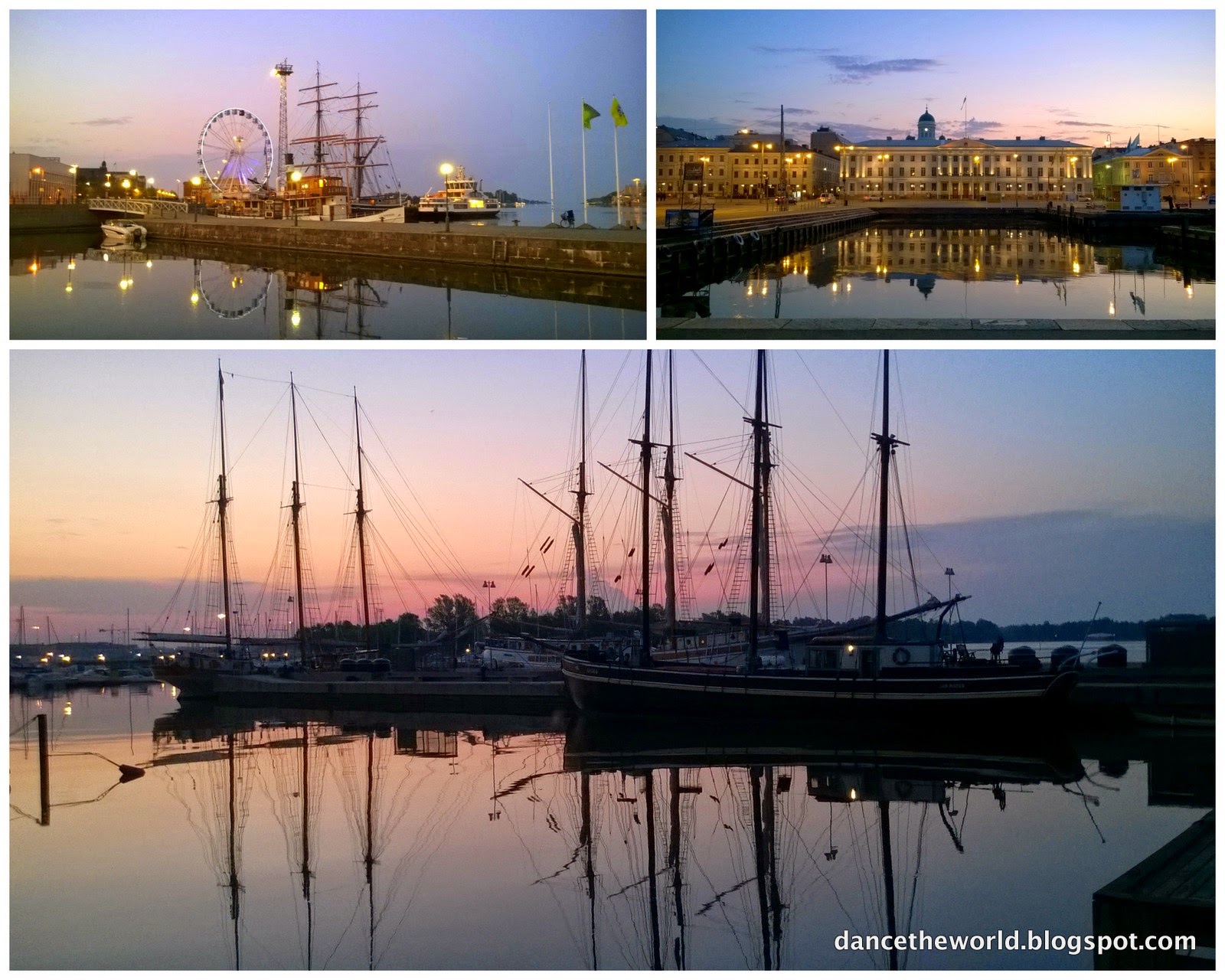 The market square and harbour are close to the party venue - and this is what it looked like at 4am, after the parties!

What could be improved at the parties

Scheduling. This is the most common faux pas at each and every dance event. What can you do... the schedules always change and unexpected things happen - certainly such an unrelated event as Finland progressing to the Ice Hockey World Championship finals (= a big deal in our small ice hockey crazy country) on the Sunday of the festival did its own part in altering the schedule.

Zouk DJs; There were none. While I enjoy zouking to kizomba music and while I also enjoy dancing bachata and (preteding to dance) kizomba I can also tell by experience two things: 1) Kizomba DJ is not a zouk DJ. 2) Bachata DJ is not a zouk DJ. Yes there was zouk music but not as much as promised and not such variance of zouk music styles you would encounter at a zouk event. The organisers tried very hard to cater the zouk crowd and correct this during the event (not after, which I appreciate A LOT), but alas the situation was what it was. I enjoyed my time, but it would benefit the organisers to have at least one zouk DJ behind the decks in the future.

Dance floors. Personally, I feel it would have been great to have everybody on one dance floor. Sadly, I guess the kizomba dancers don't want zouk dancers on the same floor or vice versa. Now zouk & bachata was played at the smaller, not as atmospheric room while the main floor was dedicated to kizomba, semba and tarraxinha. I'm sure many enjoyed having two rooms - two is more than one! Another small detail - while having two dance floors separate enough not to have the musics clash, it's not very convenient when you need to move between two floors, trying to anticipate where they might play the music you like right now. Ah, the eternal "you can't have it all" kind of situation. I wonder if there's an optimal solution to this? Let me know if you can think of it!

I really liked AfroLatin Flow with its positive mood, fun & dedicated artists and lovely organisers - it's a great way to kick-start the summer and I'll certainly put it on my "will visit again (and take the workshops!)" list!