September 21st to me nowadays equals International Zouk Flash Mob! Last Sunday we yet again danced zouk all around the world. Over one hundred cities and thousands of zouk dancers hosted flash mobs with one zouk song and one choreography. And all this hard work only to share our passion for zouk!

This year the IZFM organisers had also teamed up with Peace Day - joyful dancers and the idea of uniting people all around the world through international collaboration are good ways to promote peace, aren't they! 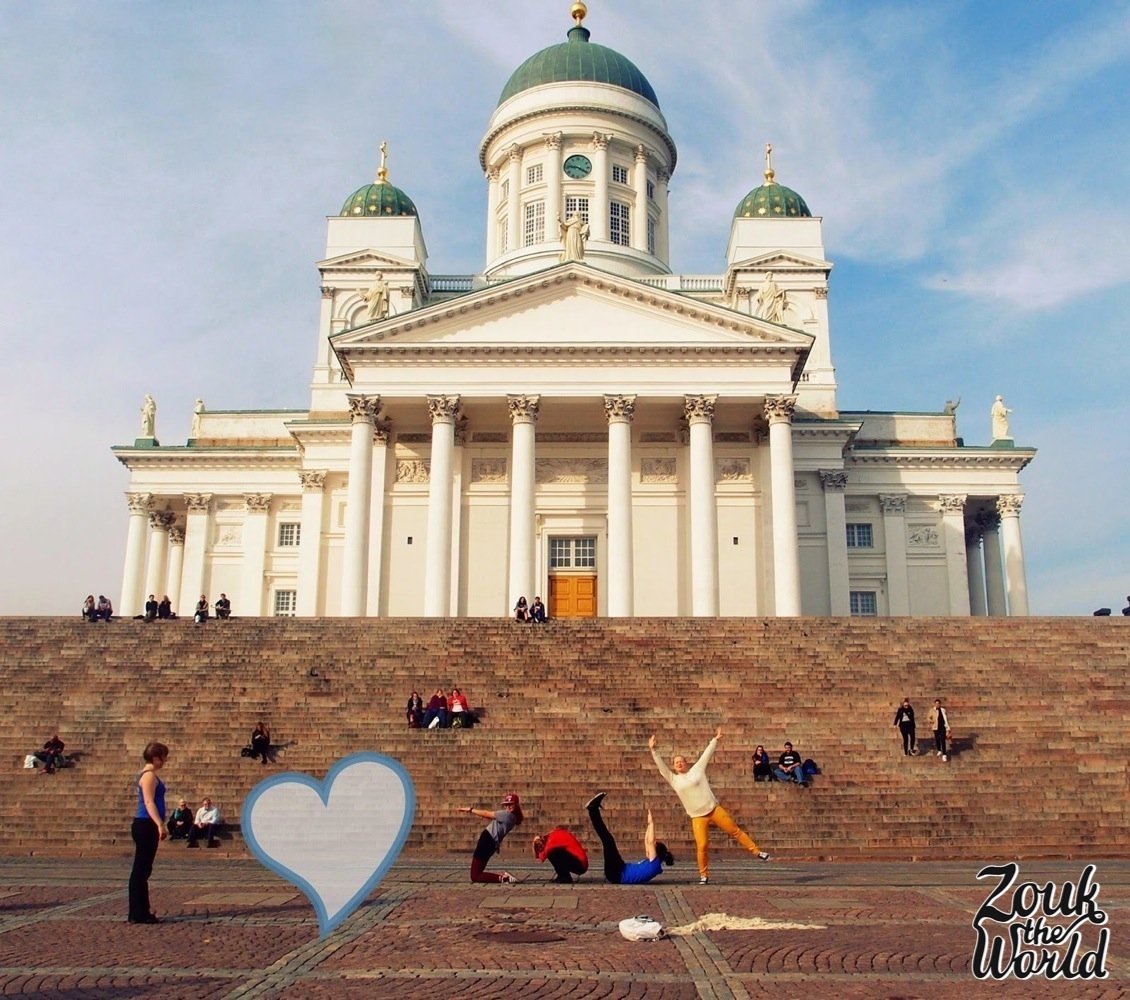 In Finland we took our small but excited group of dancers to the Helsinki Railway Station metro entrance. This was a bit of a déjà vu since we did our first flash mob on the same spot in 2011, before the days of IZFM!

This time, again, everything went quite smoothly. After the flash mob we continued dancing two more songs and only at the end of the second song the guards started to usher us off, merely asking "will this go on for long?". They didn't seem to mind too badly, even though it's not allowed to organize events like this in that space. I guess even the guards liked to watch us dance? ;) From there we continued to the Senate Square for the second edition of the flash mob in front of the symbol of Helsinki, the Cathedral, and continued to dance there for a nice half an hour.

I compiled this video from our Sunday zouk flash mobs, with a bit of freestyle zouk dancing in the end.. Enjoy!

To find out more about the International Zouk Flash Mob and see images & videos from all around the world join their Facebook group or visit their site.