The Brazilian carnival (or carnaval in Portuguese) is perhaps the most famous of all carnivals. Millions of people travel to Brazil for this crazy week - Rio de Janeiro has undoubtedly the number one carnival in the world. The carnival preparations can start even a year before and the celebrations can go on a couple weeks. It all culminates on the samba parade where the best samba schools in Rio sing, dance and party their way through the Sambadrome, Sambódromo (the samba exhibition area designed by Brazilian architect Oscar Niemeyer) in front of over 50.000 spectators. Samba schools spend thousands of hours and reais (even millions) to produce the massive floats and detailed costumes each year. BBC just last week posted an interesting video of how the Mangueira samba school in Rio de Janeiro is preparing for the carnival: see the video here.

The parade schedule in Rio de Janeiro Sambódromo in 2014:

I got to see the 2012 Winner's Parade in Florianopolis - it looked something like this: 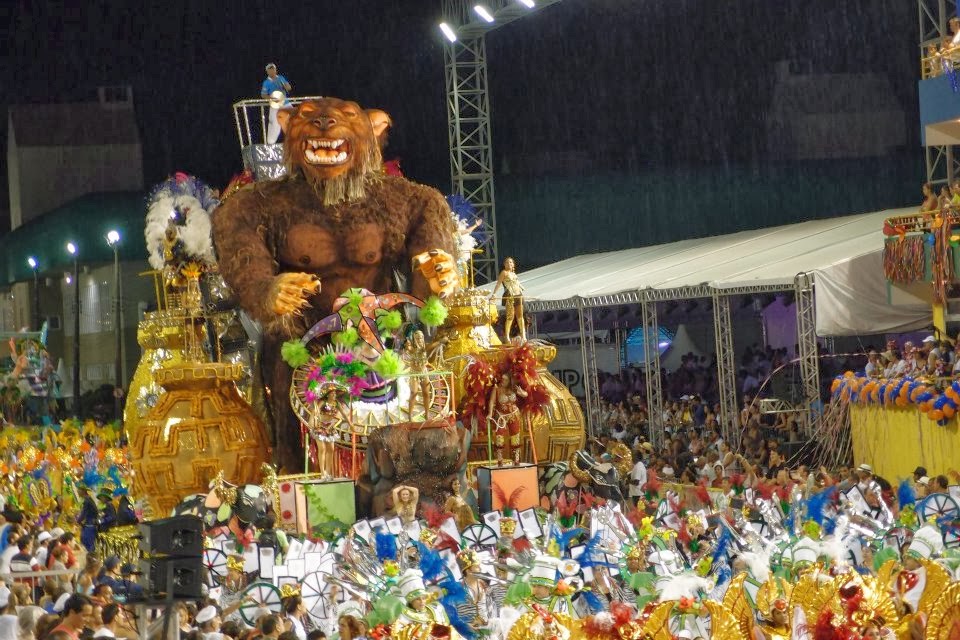 But it's not just the parade with tons of glitter that makes the carnaval. The true heart and soul of the week lies in the working class neighborhoods and favelas, Rio's hillside 'slums' (a number of them have been "cleaned up" and made safer for the residents and tourists alike). Many favelas house their own samba school and the people there are proud supporters and members of that school. A visit to a local samba school before the carnaval is recommended! You can find also street parties all around the city, organised by the blocos. These are casual & crazy events packed with people partying with their friends, some wearing costumes and performing smaller street parades.

While I was in South America in 2012 I made sure I was in Brazil for the carnaval. I decided to head to a smaller city, Florianopolis, avoiding the most expensive and most packed events in places like Salvador or Rio. And I wasn't disappointed! Read about my entire carnival week in Florianopolis - it was quite an experience!

Other great carnival destinations outside Brazil

You don't have to go all the way to Brazil to experience an amazing carnival. Here are a couple other interesting festivals around the world this time of the year. Note that the dates change according the Catholic calendar each year!

New Orleans, USA: 6 Jan - 4 Mar, 2014
More famously know as the Mardi Gras, New Orleans hosts this notorious carnival. It starts already after Epiohany (6 Jan) but the weekend before Mardi Gras, or Fat Tuesday is the biggest event, and the biggest street party in the United States. The Mardi Gras dates back to the mid 1800s, and joins the various cultures that inhabit the city. You can usually find at least one parade every night starting two Fridays before Mardi Gras. People pack to the streets and the revelers on the floats throw strings of beads and toys. Contrary to its reputation, Mardi Gras is also family friendly event, especially when you step out of the French Quarter. Just look for krewes, neighborhood social clubs that organize their own parades. A couple million (!!) people visit New Orleans during Mardi Gras each year.

Port of Spain, Trinidad and Tobago: 3-4 Mar 2014
Already a couple weeks before the official carnival Trinidad's Port of Spain is filled with a festive mood: calypso and soca music, limbo and steel band competitions - at the carnival you can see people dressed as devils, demons and monsters. This Caribbean carnival represents the island's African, European, Amerindian, Indian, Middle Eastern and Chinese heritage.

Ambato, Ecuador: 28 Feb - 4 Mar 2014
Festival of flowers and fruits, Fiesta de las flores y las frutas is held in the picturesque Ambato right next to the Andes mountain range. At the festival you will find the usual extravagant costumes, floats, fireworks - and peach-flavored wine!

Montevideo, Uruguay: 20 Jan - 4 Mar 2014
Uruguay may take the prize of the "longest carnival": 40 days! In January you can see the first parades and at that time the carnival queen is selected. The carnival continues with shows across the city's tablados, stages. At murga musicians perform street theater - the neighborhood murga groups work months on their shows, their themes, songs and costumes.

Goa, India: 28 Feb - 4 Mar 2014
In India the Goa Carnival is perhaps the only of its kind. The carnival was introduced to Goa by the Portuguese who ruled the area for over 500 years. Like everywhere during carnival, you can take part in huge parades, see dance performances and floats on the streets all over the Goa state - especially at the focal point of the event in Panajim.

Venice, Italy: 15 Feb - 4 Mar, 2014
The Venice Carnival is possibly the most famous carnival in Europe - and certainly the most romantic one. Kicking off two weeks before Ash Wednesday, the carnival revelers take part in concerts, masquerade balls and parades, wearing elaborate costumes and masks - which you'll find all around the year in Venice. Expect to see renaissance-era gowns and performers in ruffled coats with powdered wigs. The Venetian carnival tradition date back to 1300s and nowadays around 30000 visitors join the carnival in Venice.

Binche, Belgium: 2-4 Mar 2014
The carnival of Binche takes over this Belgian town on Sunday, Monday and Tuesday preceding Ash Wednesday, staring already in 1300s. The main sights at the carnival are up to 1000 clown-like performers known as Gilles. The performers are typically men of all ages, and the status of Gille goes from father to son. Only original Binche resident can become a Gille!

Sitges, Spain: 28 Feb - 5 Mar 2014
The romantic medieval Sitges transforms from a tiny beach town into a carnival party once a year. The celebrations start on Fat Thursday at the waterfront where King Carnestoltes is "raised from the dead". It also wouldn't be a carnival without a parade full of floats and spectacular costumes! 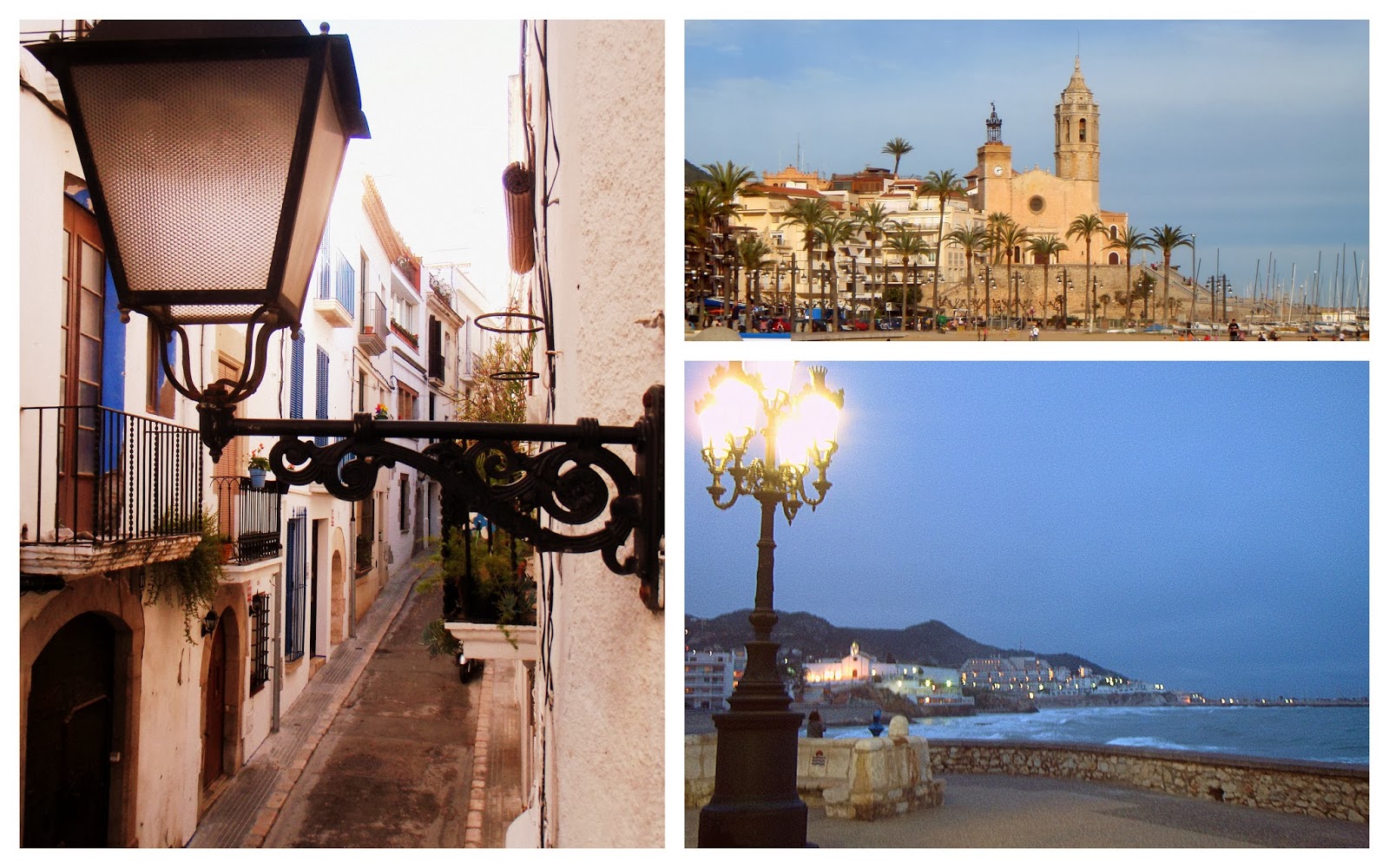 If you're big fan of specifically samba carnivals, there's something for you during the summer in Europe:

Helsinki Samba Carnaval: 7 Jun 2014
Helsinki hosts one of the biggest samba parades in Europe, with over 1000 performers and around 30000 spectators on the streets in the centre of the city. The carnival is held according to the rules and customs of the Rio de Janeiro samba carnaval - it is a competition for the Finnish samba schools and the winner is crowned the national samba champion! The Helsinki Samba Carnaval is on the second Saturday of June and it starts the "Helsinki week". More about the HSC: 2013 Helsinki Samba Carnaval. 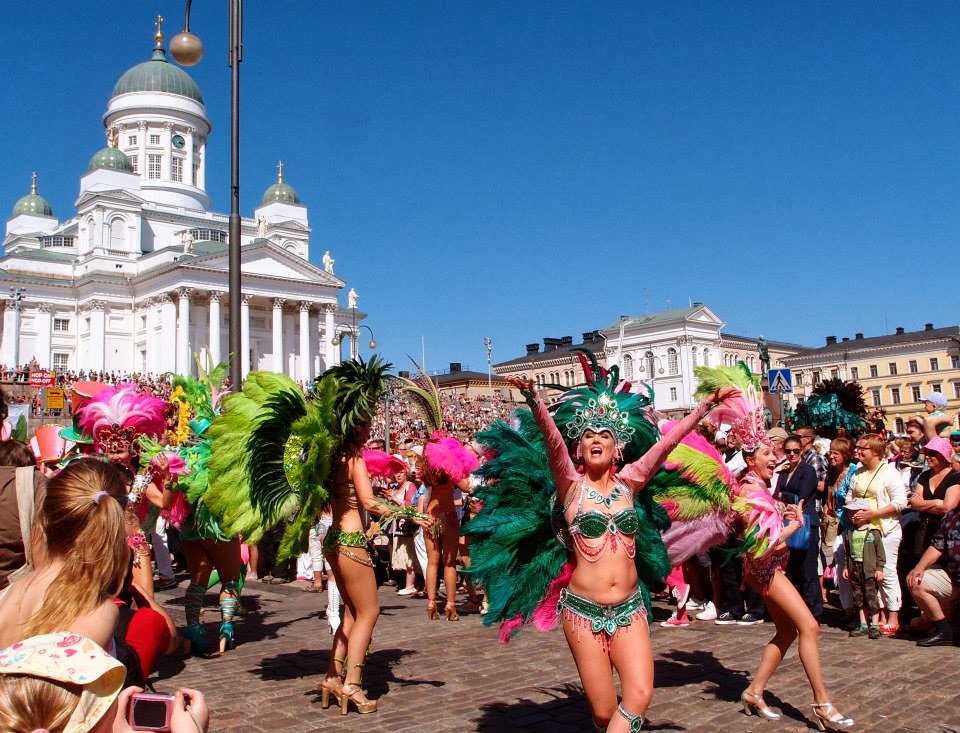 Coburg International Samba Festival: 11-13 Jul 2014
In Coburg you can find one of the biggest samba festivals in Europe - they say it's the biggest outside Brazil. About 100 groups - samba schools and samba bands - from all over the world travel to this event every year to give shows and perform in massive parades.