Need a reason to look forward to September? I'll give you one: International Zouk Day! On Saturday September 19th, for the fourth time, the world is uniting for zouk. Started in 2012 from a simple zouk flash mob organised by Alisson Rodrigues Sandi & Audrey Isauter in Perth, Australia, it quickly grew into an international phenomenon - International Zouk Flash Mob.

What is IZFM - from an idea into reality

An active group of organisers set out to make the International Zouk Flash Mob (IZFM) an annual event, uniting dancers in a global scale. And spreading the word about Brazilian zouk in the process! The idea was that everybody would dance the same choreography and song on the same day, in all corners of the world. Anybody could join a local group - or create one if there were none to begin with - no matter their skill level. Instructional videos were available online for everyone to learn the moves with their group or even just at home.

After months of preparation, on the set date, people would gather to a prominent place in their hometown and perform the flash mob. Videos of the flash mobs were filmed and distributed around the web for all of us to marvel. This resulted in amazing compilations (such as these videos from 2013 and 2014) where you could see the dancers’ undulating bodies moving to the same beat in front of the Eiffel tower, Times Square, Berlin Wall, Colosseum... I'm sure just the videos make every zouk dancers heart skip a beat!

How did this idea work? By its second year already, in 2013, thousands of dancers in over 120 cities in 43 countries took part in the International Zouk Flash Mob and Brazilian singer & songwriter Paulo Mac composed the song for the event. Last year again the organisers upped the ante - the choreography for the flash mob was selected through an international competition; anybody could create their own masterpiece for the flash mob, which also coincided with the International Peace Day. So what can we expect from this year?? 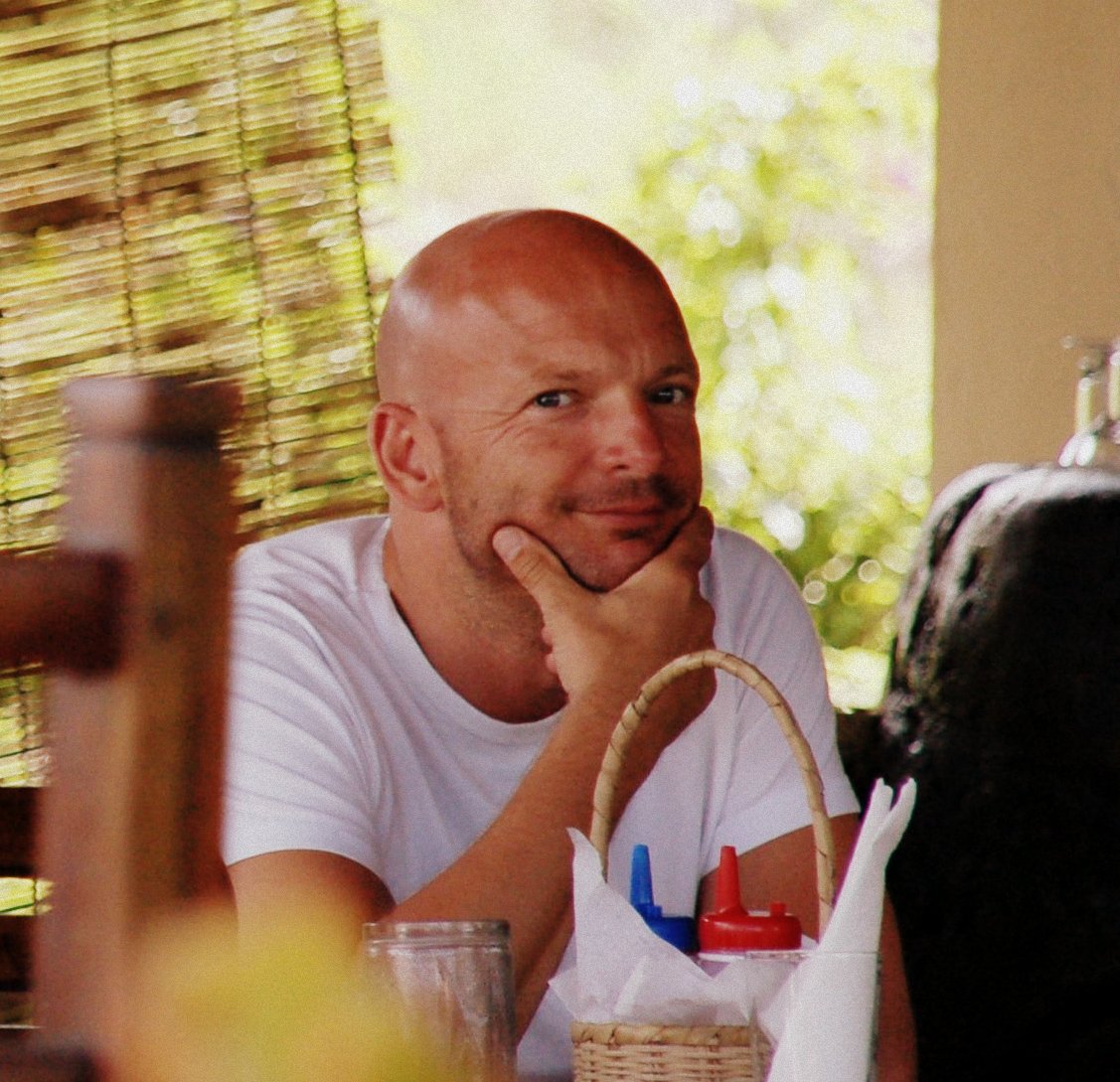 The 2015 International Zouk Day is approaching fast! I thought who better to tell us what to expect from this year than Remy Vermunt, one of the masterminds and a member of the organising team!

Zouk The World: Remy, congratulations to you & the team for organising already the 4th International Zouk Flash Mob! Except this year we’re talking about a new event: International Zouk Day (IZD)! Can you tell us a bit about what to is going to happen on September 19th 2015 and how the IZD is different from the past three years?

Remy Vermunt: That is a good question! You know, the thing is, even with successful concepts, it is important to keep innovating! We have looked carefully at our goal: "Spreading zouk by creating zouk communities." This worked very well with the IZFM; the flash mobs are not necessarily aimed at attracting new dancers from the crowd watching, although that would be nice as well. In stead, the idea is to make newcomers interested in zouk by creating training groups, through offering a shared goal, shared challenges and the feeling of being part of something big.

However, looking at our goals and our slogan: “Unite the world with zouk, the dance of love” we started brainstorming about what else can we do that meets our goals and that fits our slogan? And we came up with the idea of a worldwide celebration of zouk: International Zouk Day. What is different is that after weeks or even months of training, after three minutes the flash mob was all over. Then everybody rushed home to upload the videos and after a few weeks the IZFM team publishes the compilation videos .. and it is always a hassle to collect all videos. Now we have a full day of fun and celebration!

We ask all organizers and dancers to come together and organize any kind of event under this umbrella. Of course there's first the International Flash Mob itself, but added to that; workshops, parties, mini-congress, mini-festivals - you name it. An extra benefit is that after training for weeks it's not over after three minutes! Can you imagine a flash mob, followed by an open air party? Or first workshops, then the flash mob, then a party? Anything is possible and allowed! Also this way we aim not only to interest the new dancers, but also appeal to the more experienced dancers.

ZTW: Every year the flash mob has been based on a different song and a new choreography - this year the choreo has been created by none other than Rodrigo Delano! How did the idea come to ask Rodrigo to do this and did he need a lot of convincing to get on board?

Remy: Well we have experimented a bit. You know the first IZFM sort of happened on the fly; there was already a choreography and a flash mob, created by Audrey and Alisson, in Perth Australia. Irena, a Russian zouk dancer living in the Netherlands, came up with the idea of making it a worldwide flash mob in a chat with Zouk Bob from Perth, and Zouk Bob discussed this idea with me. Then we started promoting the idea like crazy and quickly more enthusiastic dancers joined. We organized everything in a few months. Audrey and Alisson made fantastic instruction videos and this template we still use every year as an example. Marzena and Lilly have done a tremendous job calling and writing salsa schools all over the world, literally thousands! And so we started creating training groups, new small zouk communities.

Then the next year, in 2013, we introduced democracy, but only among the contestants of the choreography competition. There were 16 people and they chose the choreo by Henri and Claudia, and as we all know this has also contributed in their international careers. In 2014 we went along with full democracy and in total about 3000 people voted, half of them in favor of Renata and Mikal's choreography.

This year we wanted to honor one of the founding fathers of Brazilian zouk, but at the same time we also wanted to honor both styles: Lambazouk and Rio style zouk. I feel there are actually only two teachers in the world who closed that bridge, who merged the two styles, by adjusting hair movements to the counting of zouk: Willem Engel and Rodrigo Delano. Willem has already been teaching for 12 years but Rodrigo, as one of the founding fathers, already over 20 years. He also stood at the start of zouk in the late 90s, runs a well known dance school in Belo Horizonte, Brazil, and teaches forro, samba de gafeira and zouk.

Although Rodrigo was also very busy with his zouk congress in Belo Horizonte, which took place last weekend, he was very enthusiastic from the start! Among many other criteria, we asked Rodrigo to create a simple and smooth choreography, suitable for beginners, nice for experienced dancers, with “classic" zouk moves and which is danceable on pavements and streets. And he exceeded our expectations!

Dying to see the choreo video? You'll find it below the interview!

ZTW: The organising team is working hard to make this a big event. How would you like people around the world to get involved?

Remy: Our dream is that every zouk dancer, literally every zouk dancer, joins. Zouk is still a niche dance compared to for example, salsa and tango, not to mention things like zumba. My personal dream is that everybody in the world who knows a bit about dancing, knows that Brazilian zouk is the dance of love, the most liquid, the most flowing partner dance on this planet. There is nothing like it. There is no bliss like you can get when experiencing the flow of zouk.

It is always a bit difficult to reach everyone who we'd like to reach. If we upload information in the main Facebook group, you might not get no notification from Facebook. Also it is not possible to broadcast mail to all members in the group. So we need the Local Coordinators (LoCos) to be very attentive for information and pass it on to their groups.

In the organising team we are still looking for people with experience in writing press releases for free publicity. But the most importantly for the IZD we request the cooperation of every zouk event organizer in the world and ask every zouker in the world to celebrate the dance of love! If you want to join as a LoCo it's easy to register (links above!) - we have a blueprint plan which you can use to organize your local event!

ZTW: What are you looking forward to the most in this year’s International Zouk Day?

Remy: Hmmm.. There is more than one thing. I look forward to do the training sessions in the Netherlands, it is always so much fun! Also I'm looking forward to seeing the training videos from other countries! Most of all I love it when I see how many people understand the idea, picking it up and really going for it with all the happy energy they have! When I see this I think: "You know Remy, it is not just a slogan, it is really uniting." And then my eyes will get wet.

Here is the long awaited choreo video by Rodrigo Delano!! Can't wait to start training this! And would love to hear your first reaction to it, share them in the comments below.

Where can I train & join the International Zouk Day?

To get excited (if you're not already!!?!) then take a look at this year's promo video: